We Are Now Offering Carry-Out Service At All Our Locations!

The story of The Country House Ghost dates back to 1974.

Shortly after an extensive renovation of the entire building, David Regnery was meeting with a contractor to discuss future work. While sitting in the dimly lit bar both men were startled when six independently operated shutters opened simultaneously sending bright shafts of light across the room. Both accused the other of some sort of practical joke. Realizing that there was no joke the meeting was adjourned.

Richard Crowe, Chicago’s famous ghosthunter, was asked to come in for a consultation. He brought in two self-professed mediums who claimed to “feel” the presence of a young woman looking for something or someone she had lost. They went on to describe the woman as blonde, good looking, in her late twenties, and someone who died in the late fifties of abdominal injuries.

To further investigate, David then contacted the previous owner. He recalled a young woman who showed up one day visibly distraught and asked
if she could leave her child there for a short while. She had been dating the bartender at the time. When the bartender refused, she took her child and sped off down 55th Street. About a half mile away she struck a tree in an apparent suicide.

Since the remodeling, there have been numerous accounts of unexplained events. These include pounding walls, crying babies that don’t exist, pots and pans that move at their own will, strong scents of fresh flowers, and the sound of footsteps in empty rooms. There have only been a handful of actual sightings of the ghost but each description has matched exactly that of the young woman described by the previous owner and the psychics. She has been seen beckoning customers from an upstairs window, playing the jukebox in the middle of the night, blocking the door of the women’s room, or just walking through the dining room.

She has been the subject of many newspaper articles, TV specials, and radio broadcasts, but never seems to appear when sought out. 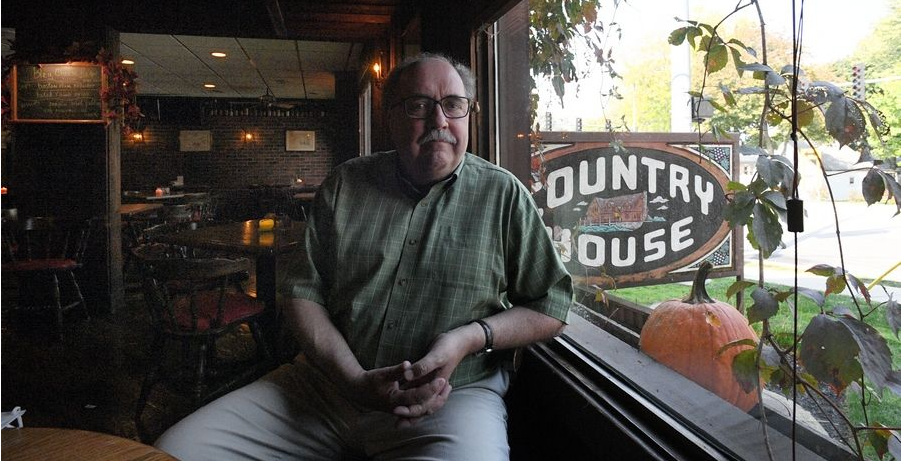 Would You Believe It?

Come on in and sign up today. IT’S FAST AND EASY! Earn points for every dollar you spend on food at The Country House.
Learn More